This is a cartoon parkour and task game. It selects the very popular classic adventure game ‘Crash Bandicoot’ as the topic and players can start their parkour adventure by selecting their familiar roles and customizing appearances of their roles to challenge many interest levels. Friends who like parkour games can not miss it!

Taking the popular console action adventure game ‘Crash Bandicoot’ as the topic, it is a parkour action adventure game in which players can operate their familiar roles including the protagonist Crash in the original work and keep moving forward to different levels. Players can move between various worlds and keep running through different levels. Besides destroying boxes on site, avoiding obstacles, collecting their favorite roles, players can also customize the appearance of their roles so as to challenge different powerful enemy leaders, obtain various awards including appearances and also collect materials to manufacture weapon props and experience brand new parkour adventure different from the console edition!

Crash is coming but this time he will run on your phone! He will run rapidly around Wumpa Archipelago Island and fight against Dr. Nina Cortex to save the Parallel Universe from him. Crack boxes, avoid obstacles, come across with your favorite roles; fight against enemy leaders, win awards, build bases and manufacture weapons-- customize ‘Crash Bandicoot’ only belonging to you and create unique wonders!

-Run, jump and slid together with your favorite roles in ‘Crash Bandicoot’ on Wumpa Archipelago Island.

-Exercise your running skills to run over the Island and conduct splendid fights to defeat all minions of Dr. Neo Cortex.

-Customize Bandicoot to give a beautiful attack and win extra experience points!

-Form a team with the favorite Coco to search for enemies on the Island.

-Carry out fights and parkour, obtain awards, construct, upgrade and customize your base.

-Collect resources during parkour and manufacture drugs and construct buildings.

-Obtain famous roles’ skins and costumes to establish and customize Bandicoot only belonging to you.

-Customize Bandicoot to conduct parkour, accept challenges, obtain roles and awards, etc. so as to inject ‘Bandicoot’-style power in your game!

Play with your friends in multiplayer game

-With upgraded game experience, you can conduct asynchronous parkour with many other Bandicoots.

-Go across the Island with other customized Bandicoots to create a super cool Bandicoot team only belonging to you!

-Obtain Bandicoot game points and charge to the leaderboards of Singles and Teams and win generous awards. 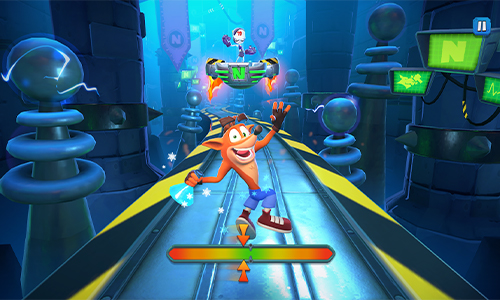 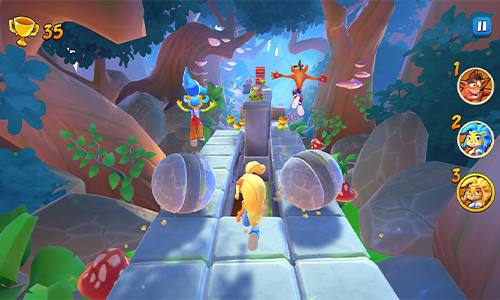 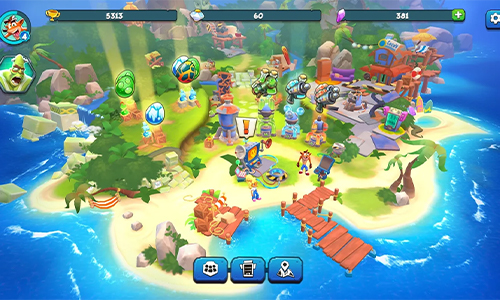