Coin Master is a cartoon-styled game, in which player can establish their own village and develop the economy. It can be played in various ways, and each player has his or her own style. They can choose to be an pirate to rob treasures of other players. And of course, so do other players. They can accumulate wealth and set up a powerful world of pirates. Now invite your friends to snatch resources and have fun! No more hesitate and try it!

Coin Master is a unique game of resources management. With a unique playing method, players have to make sure that each hero has enough currency to pay for it. This game is of distinctive concept and special playing method.

The moment players log onto the game, they will be given a piece of vacant land to establish their own home. Diverse buildings can be built to get coins and resources. In addition, they also have to pay attention to the operation of the slot machine, and other skills that extended out of it as well.

Swiping at the bottom of the main interface comes the slot machine, and each time of pulling the pole of which comes out different effects:

If there comes out three icons of coins, then players will get a certain amount of coins. Three bags of coins mean there will be a large number of coins.

If there comes out three icons of pig heads, that means the player can go to dig vacant lands of other players (namely, coin master) who are holding a lot of coins.

If there comes out three icons of hammers, that means the player could get matched with some players randomly. Together they can attach the buildings of other players and obtain coins and other resources.

If there comes out three icons of shields, just like SLG, then the player can get the shield over his or her building to protect it from attacking once. The shield can only be overlaid as many as three times.

All these contents in the game are strangers-related. And of course, if they like, they can get it connected with Facebook and invite in some real friends to have fun together.

As a product that has been run for ten years, Coin Master, of course, won't be very similar to current ones in expressive ways.

In terms of images, the current ones often tend to be European cartoon-styled. And there are no exquisite profiling and drawings, nor cool and special animation effect. If just viewing it from the perspective of appearance, you may have a feeling that Coin Master is no more special than those casual games. 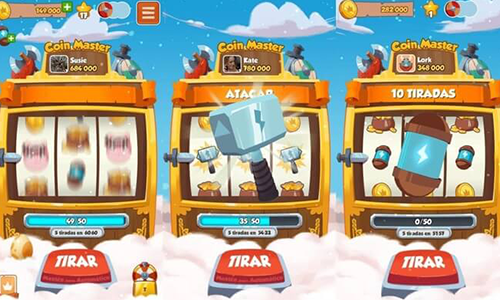 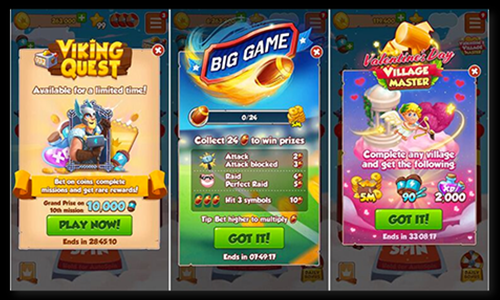 Run it 3 times a week on heavy days pwo best site to buy cialis online Cytotam 20 Tablet 10 s is also used to reduce the risk of occurrence of breast cancer in women due to age, personal and family medical history