The “Project Makeover” game has combined the dressing program with the home redesign project. The players have the role of make - up artists, and will dress up the roles in the game with a variety of props such as decorations, clothing and home furnishing, so as to help them realize their dreams. For example, the female otaku could be dressed up as a popular fashion actress in the world. The players should look for their props including all kinds of fashionable clothes, beautiful hair and makeup, even the furniture style. At the same time, there are many predictable events happened in the game from time to time, so the players need to solve the problems at this moment.

The “Project Makeover” game is based on the classic “three elimination”, and it’s required the players to eliminate the goals every level. The simple operation, cartoon modeling and smooth experience would bring a relaxed and pleasant game experience to players.

Although the transformation process and complexity are different, the game operation can be mainly divided into four types, including three elimination (could earn gold coins), head modeling, dress matching and house decoration and design.

1. In addition to women, the role may be a man or a black people, and they have different personalities and stories. Players need to do makeover according to their characteristics and preferences of the roles, rather than their own preferences, which gives players different game experience from the past leisure products of “three elimination”.

2. Players can not only make over the role in the game, but also build themselves. There are two kinds of rewards in “three elimination”. One is gold coin, and it could be used during makeover process. And the other is paper money for changing the roles’ face, decorating rooms, which makes players feel as if you are in the game world.

3. In every level of three elimination game, these pictures of the interludes are quite fashionable, and the character silhouettes will be changed.

4. After makeover, the roles will have changes in temperament and expression, such as shyness, surprise, anger, etc. Similarly, after the home is redesigned, the comparison of the overall house environment will be showed, so that players can see the changes intuitively and enhance their sense of achievement.

5. Players will receive the thank-you letters from the roles who were made over by themselves, and the roles will tell about their own changes, just like a living person, which will enhance the sense of substitution of the game, and let players experience the variety show.

According to the actual experience, the Project Makeover game has great attractions for the fans of three elimination game. The exquisite and delicate pictures, simple and interesting playing methods, and mysterious transformation goals will become the potential motivation to drive users to play games. Seeing the gorgeous scene created by their own hands being more full and beautiful, any player will be attracted by this. Therefore, the players would start the new challenges and get more props and rewards. At last, form into a positive play cycle. Although this model looks very simple, it has been fully verified and proved in the “three elimination” game.

If you like the experience of free mobile phone game of “three elimination”, you pay attention to your looks, or you are looking forward to changing your life and realizing your dream, please don't miss this game of Project Makeover. 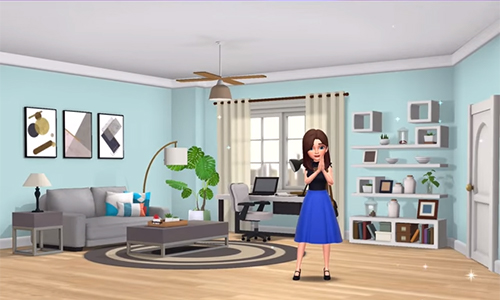 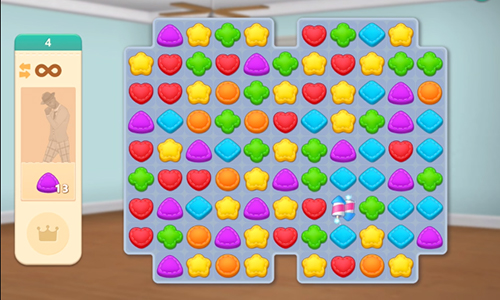 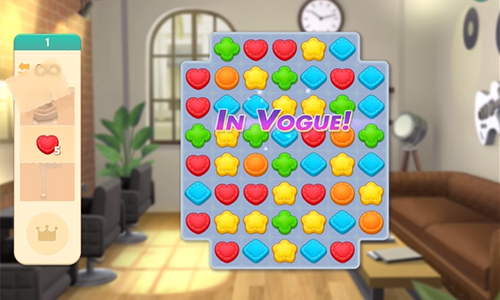 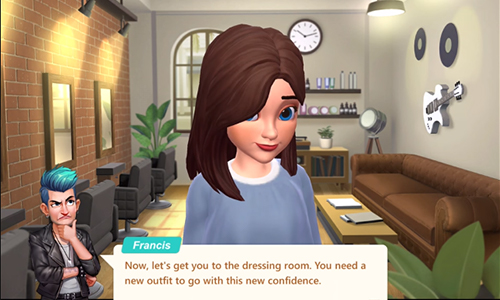